The MRO Americas Convention was held in Atlanta two weeks ago and it was perfectly fitting for Ed Bastian to be guest of honour at the event main opening conference, as the gigantic Delta Air Lines hub is just a few kilometres to the south of the convention centre. The American airline's CEO took the opportunity to highlight what's new at the airline and his ambitions for the Delta TechOps MRO division.

First of all, Ed Bastian wanted to remind everyone of the two major agreements signed with the engine manufacturers Rolls-Royce and Pratt & Whitney respectively for the maintenance of Trent 1000 (787), Trent XWB (A350) and Trent 7000 (A330neo) engines for one and GTF (A321neo and A220) for the other. He feels that maintenance for new generation engines represents major investment which enables OEM to avoid having to invest significant capital. He also explained that Delta TechOps is gradually approaching one billion dollars in annual income, an objective which could be reached in the next two years, even doubling within five.

Delta's CEO also announced that even if the priority remains the maintenance requirements for Delta's huge fleet (over 800 aircraft, capacities must continue to enable services to be proposed to third party airlines, with capacities doubled if necessary to make this possible. Delta TechOps is already the largest MRO player in North America, with over 6000 mechanics and 300 recruitments each year.

While Ed Bastian showed himself once again to be interested in Boeing's possible NMA (New Midsize Airplane) programme, he specified that he will soon start replacing his 757 fleet. "Ten years ago, we didn't have the financial capacity necessary to modernise our fleet. Yes, it's true that we are the airline with one of the oldest fleets, but this isn't stopping us from having a world record in dispatch reliability for a major airline, with 250 consecutive days without any flights cancelled for any reason at all. We prove that the problem isn't to do with age but the ability to use tools such as data analytics to identify where we need to invest". He took the opportunity to announce that the airline's MD-80 fleet will also be on the way out from next year (80 aircraft) as the maintenance costs required are vast and so penalise the investment needed for the most recent programmes.

What's more, Ed Bastian didn't hold back in his praise of digital tools, which he feels have "enormous" benefits. Technologies are changing quickly, with predictive tools, for example. "We collect a lot of data from our planes, our engines and third parties... data is the key", he declared. He also explained that while around 6000 flights were cancelled for maintenance reasons in 2010, only 60 were last year, a reduction of 99%.

The boss of Delta Air Lines also talked about the introduction of the Airbus A220 (ex-CSeries) at the start of the year "a very good product for our domestic market, with a spacious cabin, large windows (...), high efficiency and a wide scope of action". However, he did concede that the aircraft is still having a few teething troubles, as Delta is the launch operator in North America, which does not prevent it from operating the aircraft within the densest air space in its network, i.e. the North East United States.

The next day, Jack Arehart, Delta TechOps MRO Services President, spoke during a debate and reminded those in attendance that the MRO company had invested 100 million dollars in a new test cell for big engines (up to 150 000 pounds of thrust) and in a new engine shop to extend the lifetime of this activity to " the next 30 or 40 years".

"It was a difficult decision to take as we were just starting to do away with our PW2000s, PW4000s, CF6s and so on, but we had the opportunity to get rid of this activity and so in the end we decided to develop it with the arrival of new generation engines". He also reminded everyone that Delta's fleet has long been dominated by aircraft produced by Boeing, a trend which is changing with the arrival of several Airbus aircraft such as the A350, the A321neo and the A330neo. "This has obviously generated a major increase in our investment expenditure", he explained. Jack Arehart also noted that this is the case for the additive manufacturing activity, with numerous programmes currently being carried out by Delta TechOps, just as in analytics and predictive maintenance. 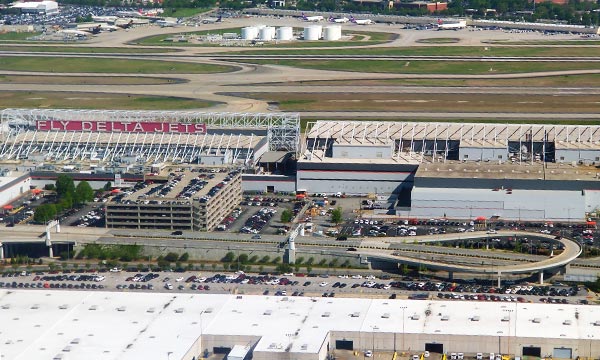 Airbus has signed a major cooperation agreement with Alibaba Cloud, the cloud computing and data intelligence arm of the Chinese Internet giant Alibaba Group, to estab...

Dassault Aviation has just announced the acquisition of RUAG Business Aviation's maintenance activities in Geneva and Lugano. This operation was not yet known when...

ATR has managed to improve the availability of its planes even more. On 25th February, the aircraft manufacturer announced that it had obtained EASA certification enab...

NYCO, the French specialist in aeronautical lubricants, has signed a strategic agreement with Air France to cooperate on engine oil field service evaluation and on th...