CHICAGO, May 1, 2019 /PRNewswire/ -- Boeing (NYSE: BA) today named J. Michael Luttig to the newly-created position of counselor and senior advisor to Boeing Chairman, President and CEO Dennis Muilenburg and the Boeing board of directors. Brett Gerry succeeds Luttig as general counsel. Both changes are effective immediately. 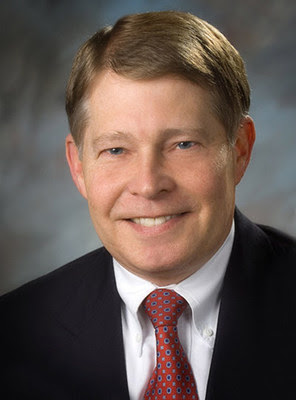 Luttig, 64, who has served as general counsel since joining the company in 2006, will manage all legal matters associated with the Lion Air Flight 610 and Ethiopian Airlines Flight 302 accidents. He also will serve as counselor and senior advisor to Muilenburg and the Boeing board of directors on these and other special matters. Luttig continues to hold the title of executive vice president and remains on the company's Executive Council.

"During his 13 years of service at Boeing, Judge Luttig has built the finest legal team in the world and delivered an unparalleled record of success for the company," Muilenburg said. "Judge Luttig is not only a brilliant legal mind, but also a critical voice on all the important issues and opportunities facing our company."

"He continues to be a trusted partner and advisor as he steps into this new role."

Luttig joined Boeing after 15 years serving on the U.S. Court of Appeals for the Fourth Circuit. Prior to his appointment to the federal bench, Luttig served as assistant attorney general and counselor to the attorney general at the U.S. Department of Justice. He also held senior roles at the U.S. Supreme Court, the White House and in private practice.

As general counsel, Gerry will lead the Law Department, join the Executive Council and report to Muilenburg.

Gerry, 47, has served as president of Boeing Japan since 2016. He will relocate from Tokyo to Chicago.

Before his assignment in Japan, Gerry served in senior positions in the Law Department, including as vice president and general counsel for Boeing Commercial Airplanes, and as chief counsel to Boeing's network and space systems businesses.

"Succeeding in the complex, global and highly-regulated environment in which we operate, requires deep legal expertise and strong judgment," Muilenburg said. "For more than a decade with Boeing, on assignments across the globe, Brett Gerry has demonstrated all the skills and experiences we're looking for in a general counsel."

"He is a proven and talented leader, with the right mix of legal, business and government experience we need to help us succeed."

Prior to joining Boeing in 2008, Gerry served as chief of staff to the attorney general and deputy assistant attorney general in the National Security Division at the U.S. Department of Justice, and in the White House as associate counsel to the president. He also worked in private practice at the Boston-based law firm Goodwin Procter LLP, and as a law clerk at both the U.S. Court of Appeals for the D.C. Circuit and the U.S. Supreme Court. Gerry earned a bachelor's degree in political science and economics from Colgate University, an M.A. in political science from Yale University and a J.D. from Yale Law School.

Boeing is the world's largest aerospace company and leading provider of commercial airplanes, defense, space and security systems, and global services. As the top U.S. exporter, the company supports commercial and government customers in more than 150 countries. Boeing employs more than 150,000 people worldwide and leverages the talents of a global supplier base. Building on a legacy of aerospace leadership, Boeing continues to lead in technology and innovation, deliver for its customers and invest in its people and future growth. 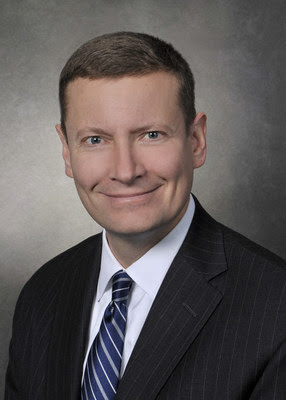 A key test flight for the Boeing 737 MAX, a major hurdle before the grounded plane is cleared to fly again, will not take place before June, sources told AFP on Thurs...

Delta Air Lines announced Thursday it will retire the long-range Boeing 777 aircraft, resulting in a large write-off and deepening a likely second-quarter loss due to...

Boeing reported another round of 737 MAX cancelations Tuesday as the company's CEO warned the industry downturn in the wake of the coronavirus pandemic could force a ...