Home to the Group's headquarters and a host of major production and research locations, France is at the core of Airbus Group and the impact of the work carried out there can be felt across the globe.

Bonded by history, looking to the future
An even-greater footprint

France hosts major Airbus, Airbus Helicopters and Airbus Defence and Space production facilities, and the southwestern city of Toulouse will be home to the Group's brand new headquarters when it opens in late 2015. The country's links with Airbus and its predecessors such as Sud-Aviation stretch back to the dawn of the jet age and take in such aviation legends as the Caravelle and Concorde. Airbus Defence and Space's Space Systems, Europe's leading satellite and orbital systems provider, serves large institutional customers from its Toulouse base, as well.

France has been fascinated by rotorcraft since Paul Cornu's claim to have made the first helicopter flight in 1907 and they have been developed in Marseilles since Loiré et Olivier's work on the gyroplane during the 1930s. The Provençal city is now home to Airbus Helicopters' head office. 21st-century aviation, from the A350 XWB and latest-generation Ariane launcher to the revolutionary X3 helicopter, will be shaped in France for years to come.

Airbus Group exports over EUR20 billion of aeronautical and space products from France each year, placing EUR12 billion of orders with 9,300 French industrial partners annually. The talent and skills of the Group's 54,500 employees in France form the bedrock of its global competitiveness. To consolidate that position, the Company works with schools and universities across France to promote interest in aeronautics among future generations. In recent years, Airbus Group has consistently ranked amongst France's most attractive employers and its commitment to equality and diversity is widely recognised.

31%
Airbus Group's French workforce has increased by 31% since the creation of the Group in 2000, representing 37% of the Company's total workforce today.

When it comes to innovation, Airbus Group is the 8th-largest patent holder in France, registering over 370 trademarks each year for R&D spends of EUR1.3 billion. The Group operates one of its Airbus Group Innovations centres in Suresnes, near Paris, and supports France's network of competitiveness clusters including Aerospace Valley, linking the Midi-Pyrénées and Aquitaine regions. The Group's commitment to its small and medium-sized enterprise (SME) suppliers is reflected in its membership of the SME pact, designed to strengthen ties between entrepreneurs and large industrial groups.

Airbus in France: where aircraft are built

The final assembly lines (FAL) for the A320 Family - including the New Engine Option - A330, A380 and A350 XWB employ nearly 11,500 people in the Toulouse area. The most recently constructed facility houses the A350 XWB FAL. It is a fine example of sustainable business and makes extensive use of natural lighting. The site generates 55% of its own energy, including power from 22,000 square metres of photovoltaic panels located on the roof.

Airbus headquarters is close to the Toulouse-Blagnac airport and employs 4,500 people in central functions such as finance, marketing, engineering, customer support programmes and procurement. Flight and ground testing of aircraft, as well as research, design and development and one of the 3 major worldwide Airbus training centres are also based in Toulouse.

Airbus Saint-Nazaire, on the French Atlantic coast, is set on 2 production sites covering 50 hectares, with a 2,300-strong workforce. It specialises in the assembly, equipping and testing of the forward sections of the A320 Family, as well as the forward and centre sections of the A330 Family and the A380. About an hour east of Saint-Nazaire, Airbus has approximately 2,000 employees in Nantes, where centre wing boxes are produced. Nantes is also a leader in the manufacture of structural parts in carbon fibre reinforced plastic (CFRP) and produces nacelle air inlets.

Airbus Defence and Space in France:
From Ariane launcher to ground-breaking cyber security

Airbus Defence and Space is the French Defence Ministry's largest industrial supplier and has a number of key sites around the country. In Toulouse, 2,630 employees are engaged in work on space launch products such as Ariane 5, satellite manufacture and satellite-based digital information gathering and analysis. Flight testing for the A400M military transport and other military aircraft is often shared between Toulouse and flight test facilities in Spain.

At Elancourt in the Ile-De-France region, Airbus Defence and Space employs 1,750 people who are mostly committed to work on cyber security, radio-communications, network-centric operations and electronics. In Les Mureaux, close to Paris, and Saint-Médard-en-Jalles, near Bordeaux, a combined work force of over 3,000 employees works on space- and ballistic missile-related products.

Airbus Helicopters in France: expanding in Marignane and Paris-Le Bourget

Airbus Helicopters' headquarters are part of the Marignane site close to Marseilles Provence airport. The site also provides a home to the design office, assembly lines, customer services, training and a composite and mechanical centre. Between them, they employ 8,944 people who work on the full range of Airbus Helicopters products, from light single-engine aircraft to the larger military rotorcraft that make up the Cougar family. In 2015, these facilities will be joined by a large new development centre, which reflects the company's commitment to research and innovation as it consolidates its reputation as a world leader.

At La Courneuve near Paris, which employs 740 people, the company's key activities are rotor blade production, development and customer services. In the near future, Airbus Helicopters will modernise production facilities by moving to Dugny, which is also in northern Paris, and a location officially called 'Paris-Le Bourget'. It will be joined there by part of the Airbus Group Innovations Works researchers, currently located in Suresnes. This will bring additional on-site expertise to activities at Paris-Le Bourget. The development of this new site is part of the large-scale government-led Grand Paris civil redevelopment initiative. See all the news AIRBUS GROUP 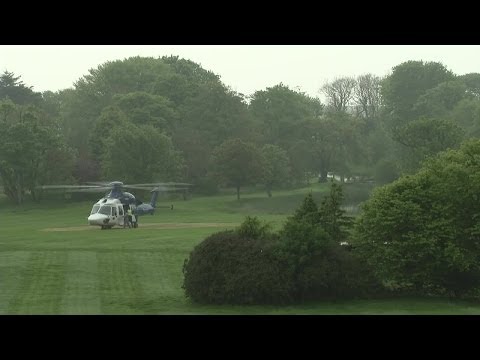 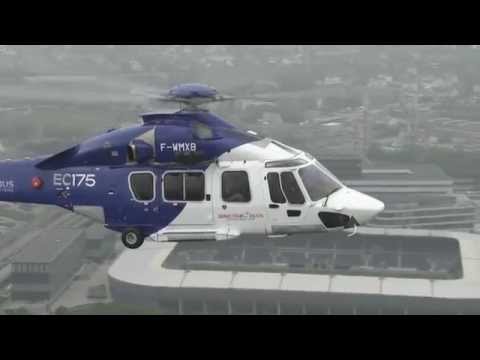 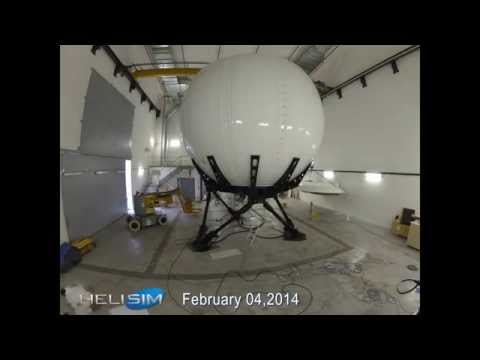 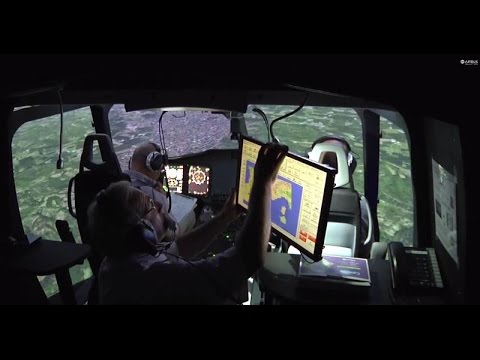